By Office of Communication and Community Relations
Spotlight
Share Page

Far from his office in Vienna, Freedom Hill Elementary School Principal Nicholas Zapadka stood waiting in the freezing cold at a train station in Cologne, Germany. Wearing a volunteer vest and holding a sign with a Ukrainian flag on it, he prepared to usher dozens of families to their new temporary home: a Red Cross refugee camp. The train doors opened and exhausted families flooded onto the platform looking for a place to land after losing homes, loved ones, and any sense of normalcy.

“The goal in that moment is to simply be a friendly face,” Zapadka said. “I would tell them, ‘Come with us. It's going to be okay. We’re going to take you to get some food’.”

Zapadka planned the trip to Germany on a whim. He had nothing planned for spring break and had spent time studying in Cologne during college. He knew this was his chance to help with the Ukrainian refugee crisis. And it turns out, his school community was eager to help as well.

“I sent an email to staff sharing my plans and offering to take any donations over with me. Right away, our students wanted to make cards. Staff members wanted to make contributions. A teacher’s mother began knitting hats. It’s very emblematic of our community here at our school. They just want to help in any way possible.”

Soon, he had stacks of cards written by Freedom Hill students. The fifth and sixth graders even used Google Translate to write their cards in Ukrainian, hand copying the foreign alphabet as best they could. 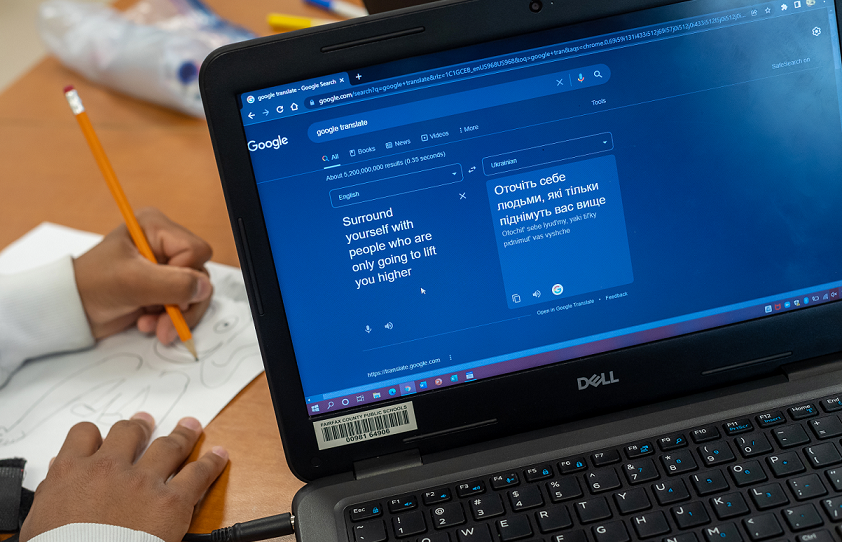 “I was scared I might have bad handwriting. But I knew I had to try. I wanted to get my message across,” said sixth-grader Rivaan Verma. “I told them to stay strong and that I am beside them. I told them don’t forget your home country. Think of the positive things. And I wrote them a joke to cheer them up.”

“Here in school we’re very focused on the idea ‘other people matter’,” said sixth-grader Maya Lawrence. “We knew this could be a good way to show people that we are really thinking about them, they matter, and they’re not alone.” Laura Savage, the mother of a Freedom Hill special education teacher, also wanted to offer comfort to children fleeing the war in Ukraine. When she heard about Zapadka’s upcoming trip to Germany, she got to work knitting eight hats, all in different colors, to be hand delivered to anyone who needed one.

“I just wanted to make sure they had a warm head, for starters,” Savage said. “I wanted them to know that people all over the world are concerned about their wellbeing and want to do whatever small things we can do to help.” 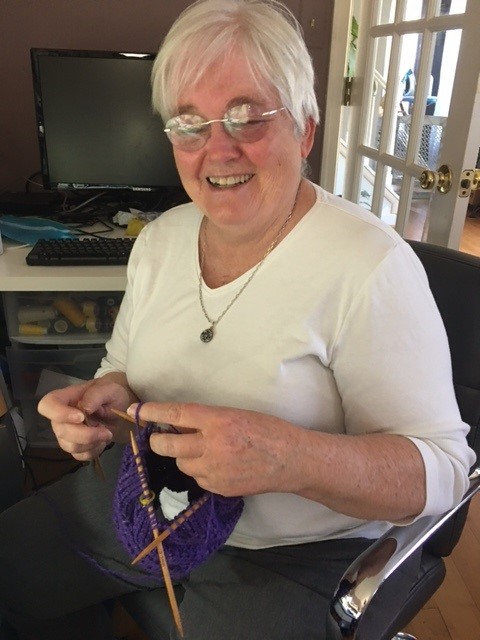 As Zapadka worked six and twelve hour shifts at the refugee camp, he heard stories of heartbreak and unimaginable loss. But through it all, there were moments of hope. One of his favorite memories is playing soccer with the children.

“Some of the families shared stories of homes bombed, fathers killed, grandparents lost. But to be able to play soccer for just a few minutes with them, you could see in their eyes, for that brief moment, they forgot where they were. They didn’t remember they were in Germany. They were just having fun and being kids.”

Zapadka spent five days total in Germany. Tuesday morning after spring break, he says the Freedom Hill students were eager to hear about his trip and how their cards were received.

“I wanted to show the students here - your little action here in Vienna, Virginia can cause a ripple effect across the world. It can create a lot of happiness. Even if it’s just a card those kids can hold on to while they’re on the train to that next unknown destination. It can make a big difference.” 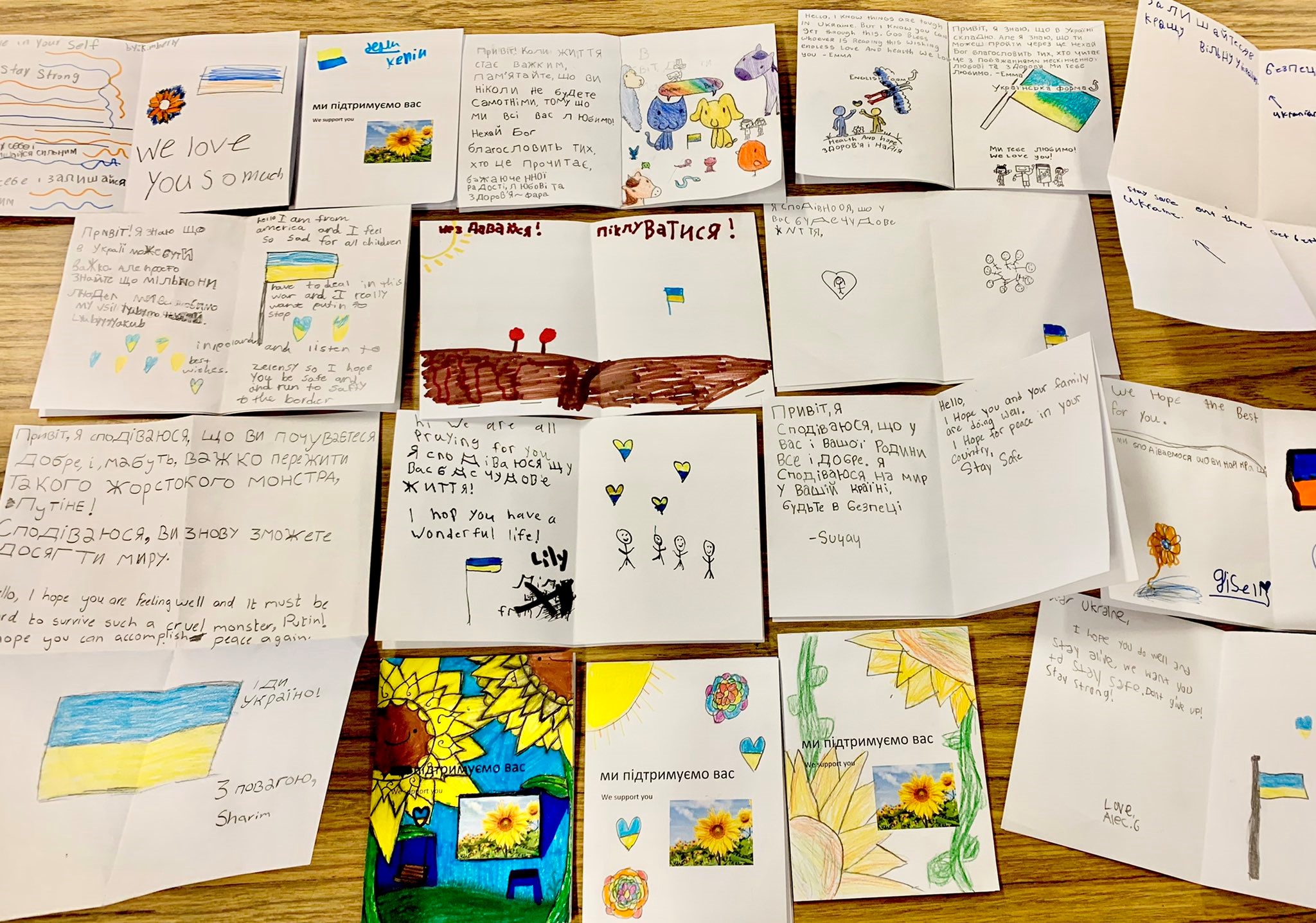 For more information about how to help Ukrainian refugees, visit the Ukrainian Red Cross donation site.